The RMS Scotia was a British passenger liner operated by the Cunard Line that won the Blue Riband in 1863 for the fastest westbound transatlantic voyage.

She was the last oceangoing paddle steamer, and as late as 1874 she made Cunard's second fastest voyage. Laid up in 1876, Scotia was converted to a twin-screw cable layer in 1879. She served in her new role for twenty-five years until she was wrecked off of Guam in March 1904

She lays in about 30' of water at the breakwater tip. She's scattered over about 100yds of reef and is a great dive site in clear water. With the clear water and natural light, she makes for great natural light photos and easy exploration!

CAUTION: Do not drift into the shipping channel. as this site is located near the mouth of the harbor. The current can be very strong here so make sure to coordinate with your boat captain. 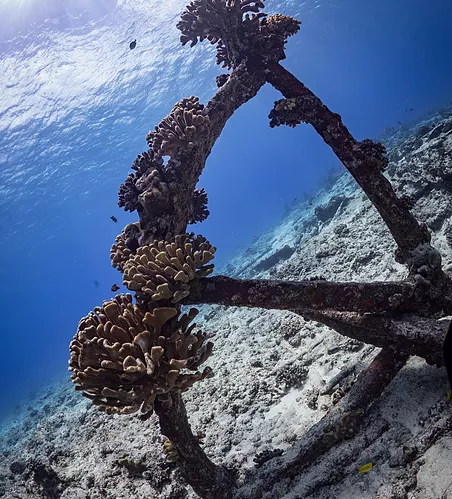 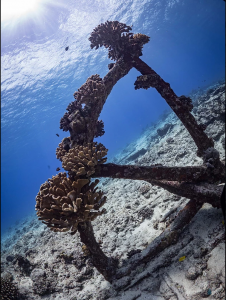 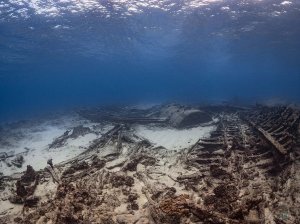 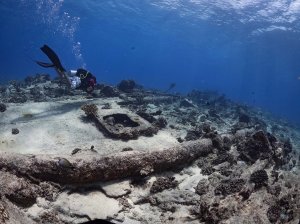 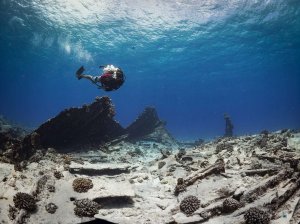